Please contact us to update information as it needs help and please send through photos for club keepsakes: info@reynellafc.com.au

In these early days there was no organised competition with players travelling long distances to battle with other clubs – just for fun. In 1909, Reynella Football Club temporarily joined a competition run by the Marion/Sturt Football Clubs before joining the Mid Southern Competition in 1913 to play against other teams ‘down the hill’. In 1913, the club also relocated it’s oval from behind the Crown Hotel to it’s current position on Oval Road. 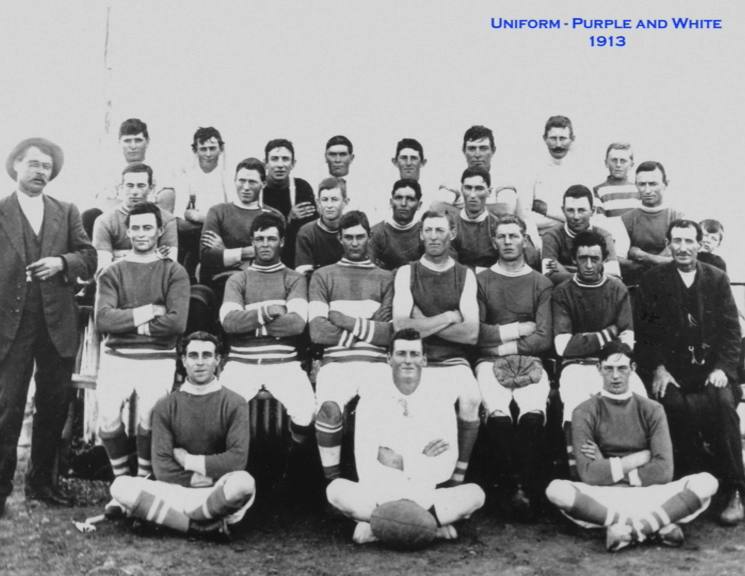 In 1928, Reynella Football Club combined with current day arch rivals Morphett Vale and joined the Southern Football Association. They reformed again in their own right in 1930 and became ‘Black and Red’ as most players already had their jumpers from their days playing with Morphett Vale. Reynella rejoined the Glenelg-South Adelaide Football Association until 1947 when they finally returned to the Southern Football Leauge for the last time.

The Reynella Football Club has been a stalwart member of the SFA/L for the last six decades. The club has also been evocatively known as The Wineflies since the early 1940’s, largely due to the presence of vineyards in the area at the time. 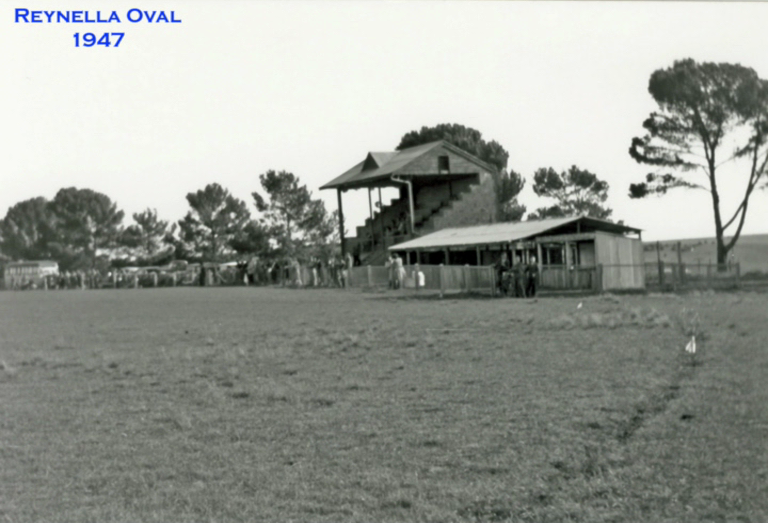 Upon entering the SFL in 1947, the club again changed their colours – this time to Brown & Gold to avoid clashing with Morphett Vale. They played in these colours until 1968 when they changed to Black & White and have remained these colours ever since. 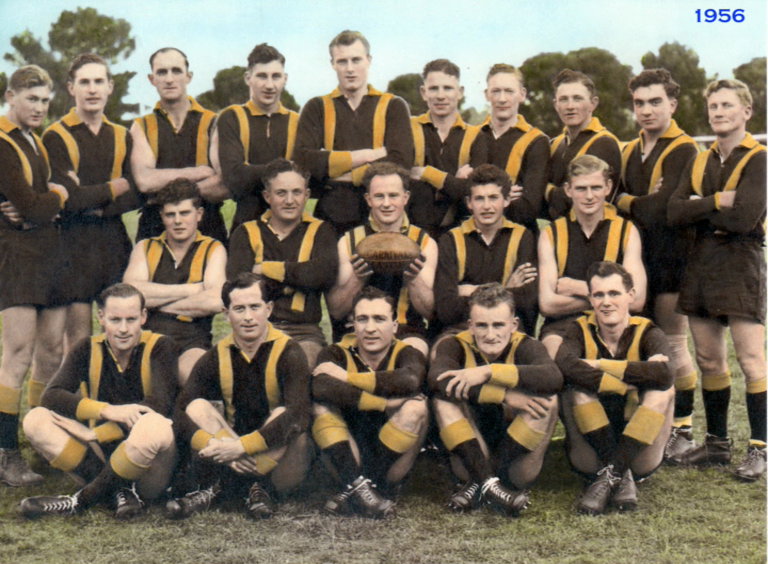 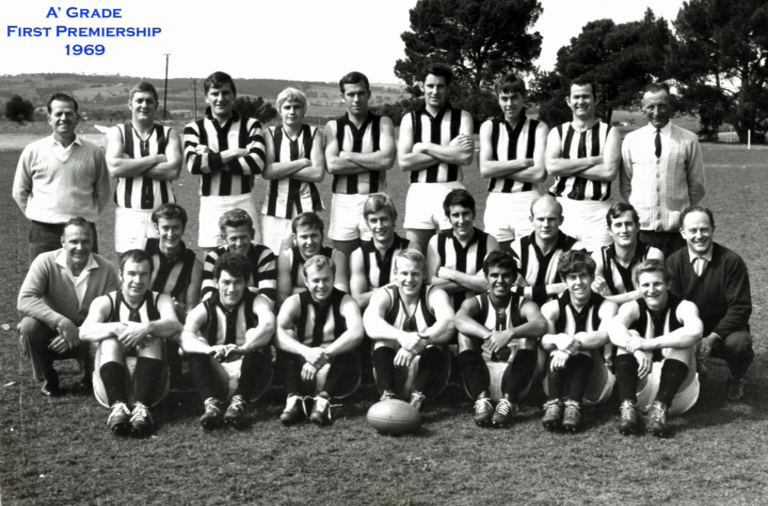 After another losing grand final to Port Noarlunga in 1985, the late 1980’s and early 1990’s were lean times for the club. Finishing outside of the finals in many of these years, it wasn’t until 1998 that they made another Grand Final but unfortunately lost to Happy Valley by 1 point. Over the next few years despite the club’s growing strength, The Wineflies players and supporters continued to taste heartache by losing another 4 grand finals in the first decade of the 21st century. Despite this lack of success at the most senior level, the club has seen 14 premierships at Reserves Level over its existence.

In 2010, the premiership drought was finally broken after an eternal 33 years. An emphatic victory over Brighton by 30 points 13.11 (89) to 9.5 (59) finally saw reward for years of effort from players and supporters alike. Many of the clubs long term stawarts were moved to tears after so many years between drinks.

In 2013, the return of much loved Winefly product Michael Doughty helped steer the club to a premiership defeating Morphettville Park (12.11 83 v 8.10 58).

The 2015 season produced the most successful season by the club resulting in 4 premierships – A: 18.7 115 def Brighton 8.8 56, B: 10.5 65 def Brighton 5.5 35, U16 undefeated Sat, and U16 Sun teams. The results were due to much hard work by our players, coaching staff and support staff and the club was recognised as the most successful club down South. The club hopes in future years our successful juniors will translate into senior success.

While this recent taste of success is sweet, it has led many to the realisation that there is much, much more to come.